At least 179 lives lost to toxic drugs in B.C. in October 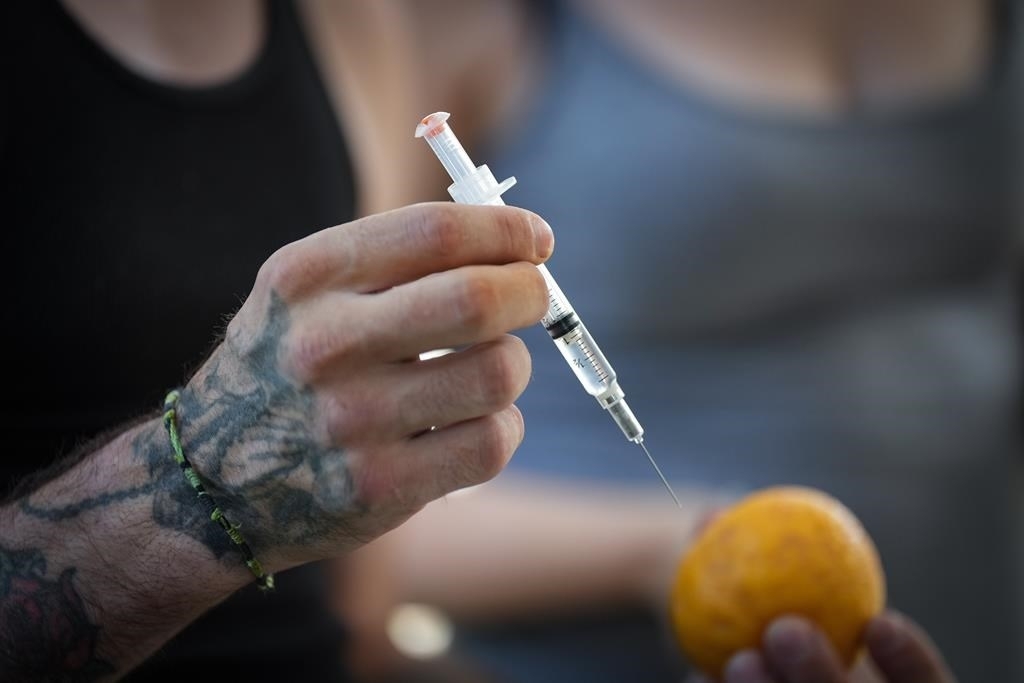 Preliminary reporting from the BC Coroners Service shows that illicit drugs have caused the deaths of at least 1,827 British Columbians in the first 10 months of 2022. (Photo - The Canadian Press)

Preliminary reporting from the BC Coroners Service shows that illicit drugs have caused the deaths of at least 1,827 British Columbians in the first 10 months of 2022.

"Despite the efforts of many, this public-health emergency continues to devastate families thoughout our province," said Lisa Lapointe, chief coroner. "The increased toxicity and variability of the illicit drug supply has created an environment where everyone who uses substances is at risk. This vulnerability is even greater for individuals who live outside the urban centres where the limited number of safer supply programs are currently focused."

Consistent with previous reporting, the data reflects the continued dangers that toxic drugs pose to substance users throughout the province. The 179 British Columbians lost to illicit drug toxicity in October 2022 equates to an average of approximately 5.8 deaths per day.

The reporting also further illustrates that the toxic drug crisis is impacting communities of all sizes. Although 453 deaths this year have occurred in Vancouver, these deaths account for only 25% of lives lost in 2022. Prince George and Nanaimo have already recorded more illicit drug-related deaths in 2022 than in any previous year, and both the Island and Northern health authorities are currently trending toward record losses of life for the year.

Illicit drug toxicity is the leading cause of unnatural death in British Columbia and is second only to cancers in terms of years of life lost. At least 10,688 British Columbians have been lost to illicit drugs since the public-health emergency into substance-related harms was first declared in April 2016.

"This is not a matter of choosing one approach over another," Lapointe said. "The recommendations from both the Standing Committee on Health and two BC Coroners Service death review panels are clear: we must create a comprehensive continuum of care that supports people with substance-use disorders, and we must improve access to evidence-based options for treatment and recovery. Most importantly, as those reports recommended, it is imperative that access to safer supply is available in all areas of the province."

Additional key preliminary findings are below. Data is subject to change as additional toxicology results are received:

* The townships reporting the highest number of illicit drug toxicity deaths in 2022 are Vancouver, Surrey, and Greater Victoria.

* By health authority in 2022, the highest number of illicit drug toxicity deaths were in Fraser and Vancouver Coastal health authorities (547 and 511 deaths, respectively), making up 58% of all such deaths during 2022.

* By Health Service Delivery Area in 2022, the highest rates have been in Vancouver, Northwest, Northern Interior, Thompson Cariboo and Fraser East.

* By Local Health Area in 2022, the highest rates were in Lillooet, Cowichan Valley West, Terrace, Alberni/Clayoquot and Merritt.

* No deaths have been reported at supervised consumption or drug overdose prevention sites.

Defence Minister Anita Anand confirms the country will send four of its German-made Leopard 2 tanks to Ukraine. The anno...

Be wary of scammers asking for bail money. An 87-year-old was tricked this week into sending $3,500 by courier to someon...