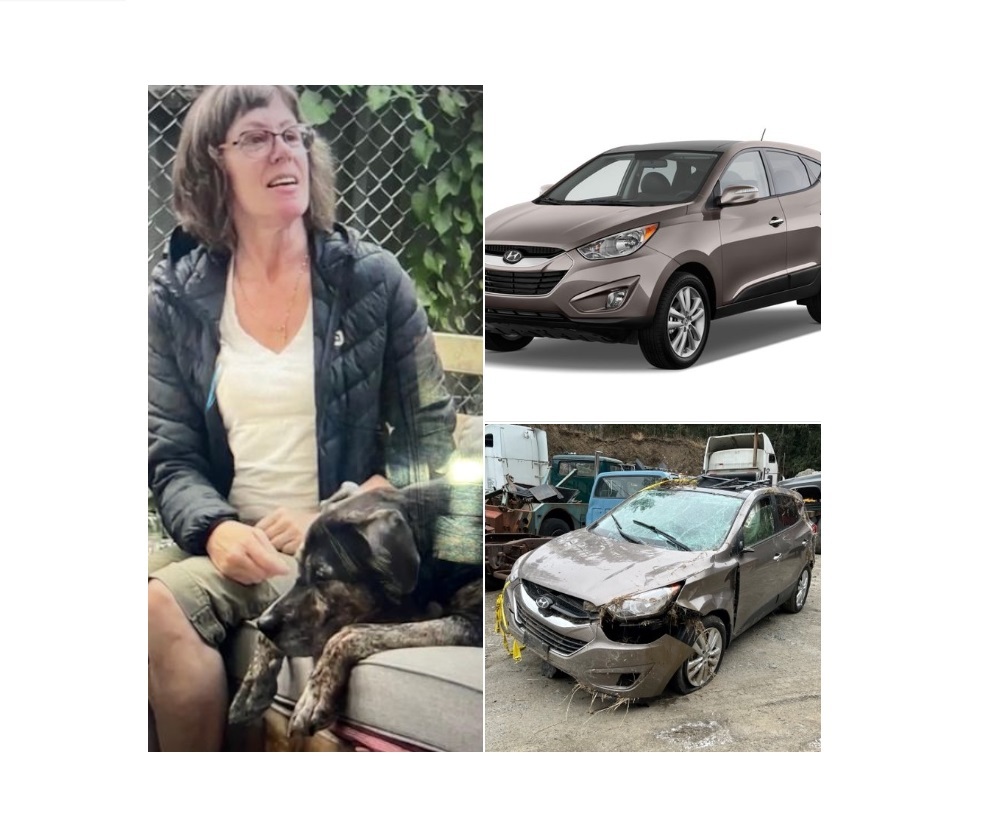 Abbotsford Police responded to a report of a single vehicle collision east-bound on Highway 1 at No. 3 Road in Abbotsford shortly after 8:50 p.m. on Monday, November 28, 2022. The vehicle involved belongs to Coquitlam RCMP’s high-risk missing person, Jodine Millar, who was reported missing from Coquitlam on Saturday, November 26, 2022.

Witnesses advised that the brown 2011 Hyundai Tucson with Manitoba licence plate FXU195, had been speeding when it veered off the road and into the water-filled ditch. An associated vehicle described as a light-coloured sedan, was observed leaving the area of the collision.

Police are actively searching for Jodine Millar and are asking anyone with information regarding her whereabouts to come forward, said Media Relations Officer, Corporal Alexa Hodgins. The fact that Police have located her vehicle without her is unsettling and increases our concerns for her safety. We are asking for the public’s assistance in providing dash cam video footage or potential witnesses of this collision to come forward to the Coquitlam RCMP.

Coquitlam RCMP is seeking video footage, including cellphone, dash camera and surveillance from Highway 1 between the Whatcom Road and Yale Road exits between 8:30 p.m. and 9:30 p.m on November 28, 2022. Police are seeking video footage before, during and after the collision which occurred on Highway 1 near No. 3 road in Abbotsford at 8:50 p.m.

Defence Minister Anita Anand confirms the country will send four of its German-made Leopard 2 tanks to Ukraine. The anno...

Be wary of scammers asking for bail money. An 87-year-old was tricked this week into sending $3,500 by courier to someon...